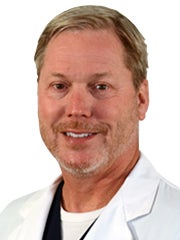 Coming from a family deeply entrenched in medicine, with an anesthesiologist father and registered nurse mother, Dr. Lewis is at home providing eye care. He completed his training in optometry after graduating from the University of Mississippi and then joined Steen-Hall Eye Institute. Working as clinical director with the late Dr. William Steen he was involved in many developments in the field of eye care and has continued that tradition as a partner at the WK Eye Institute.

He and his wife, Liz, live in Bossier City and they have two sons, Landon and Trenton.  When not working Dr. Lewis enjoys tennis, hunting, and loving on his two dachshunds.